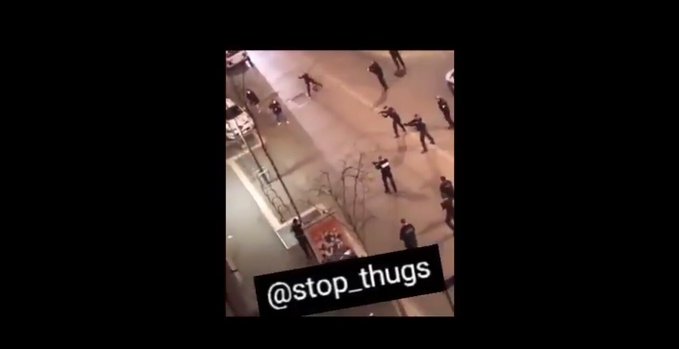 When a perpetrator yells ‘Allahu Akbar’ while brandishing a knife, for the average citizen, this is cause for concern.

For  law enforcement and social welfare,  a toxicology report is called for. Psychological assessments need to be performed.

Funny, they never talk about verses like  Quran (8:39) – “And fight with them until there is no more fitna (disorder, unbelief) and religion is all for Allah”  as a possible reason for the behavior.

Or….are they saying that the Quran directives are a psychological issue?

Once again, there was an incident in Marseille, France.

“The police were threatened by a man armed with a knife near the Saint-Charles station in Marseille (1st), on the night of Thursday to Friday. He was hardly arrested.

The intervention of the police from the local security group (GSP) began with a simple check around midnight. A man shouted on Boulevard Charles-Nédelec. When the officials approached him, the suspect displayed a knife and began to threaten them, shouting  “Allah akbar” .

Toxicological examinations will be carried out to determine whether the sixty-year-old had consumed alcohol or narcotics. An investigation was opened and entrusted to the Legal Support Group.”

Yesterday, a teacher was suspended for showing a photo of Mohammad. This teacher is now in hiding because of the followers of Surah 8:39.