This article is reposted and translated from the original  post from KOPP report, a German paper. Canadians would do well to pay attention to this. There is already a significant housing shortage problem in our larger centers, and the projected increase in immigration by the Liberal government will compound this problem exponentially.

According to the Federal Working Community (BAG) homelessness assistance, the number of people without their own home has increased significantly: In 2017 there were still 650,000 homeless in Germany, compared to 678,000 last year, an increase of 4.2 percent.

Around 41,000 people had no accommodation at all and therefore had to live permanently on the streets. With just under 6 percent, the increase in refugees was particularly strong, being considered as homeless also, who lives in a community accommodation.

The BAG cites three main reasons for the rampant housing shortage, which particularly affects socially weak people:
The insufficient supply of affordable housing, the decline in the stock of social housing and the growing poverty in German society.

Exactly these reasons are repeatedly called by the left political side, in order to denounce alleged failings of the state in the housing construction, above all, in order to divert from the true causes for the misery.

Because they do not quite fit into the left world view:

1) The negative interest rate policy of the ECB, which means that bonds no longer yield returns. Investors are therefore forced to shift their money into other assets such as stocks, precious metals and even real estate. This pushes up the prices on the housing market, which finally affects the rents that even middle-class families can hardly pay at least in the cities and increasingly in rural areas. The expansive monetary policy of the European Central Bank serves primarily to save the beleaguered euro and to keep the economically weak southern countries in the monetary union. The victims of this questionable strategy, which is without precedent in history, are savers, insurance customers and tenants in Germany!

2) Ever new and more comprehensive regulations that make building in Germany more expensive and make it unattractive for private investors to build affordable housing. Since reunification in 1990, the number of new real estate building regulations has quadrupled from 5,000 to 20,000. A not insignificant part of this development is attributable to the increased requirements for the energy performance of buildings, which are laid down in the Energy Saving Ordinance. This regulation is part of the climate policy of the Federal Government, which pursues the goal of raising Germany in the fight against global warming to a shining example, which should be followed by all other states. Teutonic megalomania, for which the tenants also have to bleed, 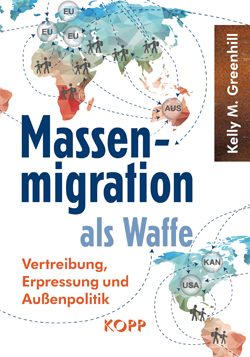 3) The most important reason: The continuing mass immigration to Germany, which has led to a significant increase in demand in the German housing market in recent years. Between 2014 and 2018, more than 3 million people came to Germany, net of emigration. Last year alone, the migration balance was just under 400,000 people, only marginally less than in 2017. If every year the population of a medium-sized city immigrated to the Federal Republic, then nobody should be surprised that the housing is scarce and rents rise, especially in the lower price segment.

After all, most of the immigrants are not high-skilled workers with a corresponding income, but low-income earners and social problem cases who are looking for cheap apartments. Despite the greatest efforts, housing construction can not keep up with the high migration dynamics. From planning to the turnkey handover of a residential building, years in overbureaucratised Germany pass by.

The accusation that the state has done too little in the past for social housing, fails. Because of the demographic decline over decades, long-term forecasts suggest a decline in housing demand and an increasingly relaxed housing market. Why are there still billions of taxpayers stuck in the expensive construction of social housing? No planner could expect that in 2015 our Chancellor would come up with the crazy idea of ​​opening the borders of Germany to (alleged) refugees and thus triggering a wave of immigration unprecedented in this magnitude!

The real causes of the housing shortage in Germany are largely ignored by the political and media mainstream.

Instead, smoke-throats are thrown, culminating in the claim that the market has failed and the citizens now have to be protected by a statutory rental price brake against the drives of the evil speculators.

In truth, the market has not failed, because an increasing demand – even with an inflexible, because in the short term only limited expandable offer – leads now to rising prices. Every economics student learns in the first semester.

But politicians refuse this trivial knowledge and seek their salvation in planned economic measures. But these will deter private investors and even aggravate the housing problem in the medium to long term. That leaves even more homeless people in Germany to fear for the future!